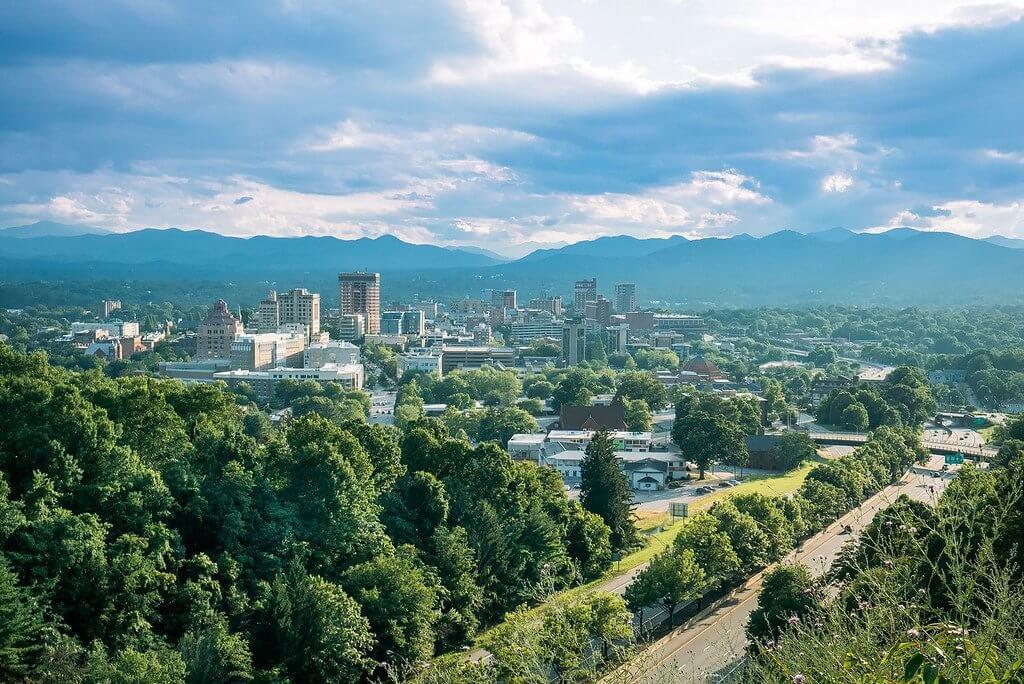 ASHEVILLE — The city has become the first community in North Carolina to declare a "climate emergency," setting rigorous goals on warming greenhouse gases and renewable energy. The Jan. 28 emergency declaration comes after months of negotiations between city officials and young climate activists.

Prior to the 6-0 City Council vote for the declaration, Alex Lines with the group Sunrise Asheville said the city would be the first in the state and second in the Southeast to take such action. But Asheville would join 1,300 local governments in 25 countries "committed to take action to drive down emissions at emergency speed," Lines said. "We look to you now to stand with your people and with other governments around the world to begin a mobilization effort to address the biggest crisis humanity has ever faced."

What the declaration does

In the resolution, the council committed to an "equitable and just" citywide mobilization to end greenhouse gas emissions by 2030. The city will also assume new efforts to accomplish already existing goals, such as switching all municipal operations to 100% renewable energy by 2030 and the entire community by 2042.

The declaration did not give cost details for the goals.

The head of the city's Office of Sustainability, Amber Weaver, said the resolution was a step beyond the city's 2016 signing of the Paris Climate Agreement, a move made after President Donald Trump pulled the United States out of the multicountry deal meant to slow rising global temperatures.

In recently gleaned climate science, glaciologists have said rising temperatures are pushing Antarctica's ice sheets toward a tipping point. The ice sheets account for the largest fraction of sea level rise with the potential to drown coastal cities.

"The city of Asheville recognizes the need for a new strategy to address climate change," said Weaver, whose office was created by the council in 2008. She outlined some of the key parts of the resolution prior to the vote.

The lengthy emergency resolution incorporates and surpasses already ambitious goals set by the city. The new resolution mandates a "Climate Justice Plan" to counter disparate impacts based on race, economic status and other factors.

The city will work with the private sector to "identify and incentivize effective ways to reduce greenhouse gas emissions and meet our communitywide 100% renewable energy goal," the resolution also said.

"I do want to thank everyone for coming back to the table and continuing to work together to come together on the wording of this resolution," Mayor Esther Manheimer said just before the vote.

Members of Sunrise Asheville and other youth-led environmental groups had pushed for a resolution for months. But the dramatic and immediate action they called for ran counter to state and federal laws and were beyond the means of the city, Asheville officials said. Activists at one point protested inside City Hall until removed by police. The local actions follow international climate strikes inspired by Swedish teenage activist Greta Thunberg. The Asheville activists said they had a broad range of influences, including Thunberg, black civil rights leaders and indigenous people fighting for their land.

As passed, the resolution represents a compromise, incorporating goals such as ending all greenhouse gas emissions by 2030 with the caveat, "if met with all necessary financial and regulatory assistance and authorization from state and federal authorities."

City Councilman Brian Haynes participated in some of the activists' public climate actions and gave them credit for the declaration.

"Without the persistent efforts of this vitally important youth-led movement, this resolution does not happen," Haynes said.

Also in the meeting, the council dissolved a joint environmental task force following an agreement by Duke Energy to not build an additional fossil-fuel powered plant.

The council voted unanimously to dissolve the Energy Innovation Task Force, set up in 2016 with Buncombe County government and Duke after the energy company announced it would replace its coal-fired plant with two natural gas plants. Efforts to reduce regional energy consumption and boost renewables meant the second $100 million "peaker" plant would be put on hold for at least 15 years.

City Councilwoman Julie Mayfield said the task force and the results of its efforts were unique in several ways.

"There is not another example anywhere of a regulated monopoly redirecting resources away from new fossil fuel infrastructure into other programs as a result of this kind of partnership."

Two "utility-grade" solar micro grids set up by Duke are the first in the state, said Mayfield, a Democratic candidate for North Carolina Senate District 49.

A new group, the Blue Horizons Community Council, was officially created at the meeting to continue efforts on longer term goals toward "cleaner, affordable, smarter energy," she said.

Those include a low-income home weatherization program with funding from Duke.

Here are highlights of Asheville's Jan. 28, 2020, resolution "endorsing the declaration of a climate emergency and emergency mobilization effort to restore a safe climate."