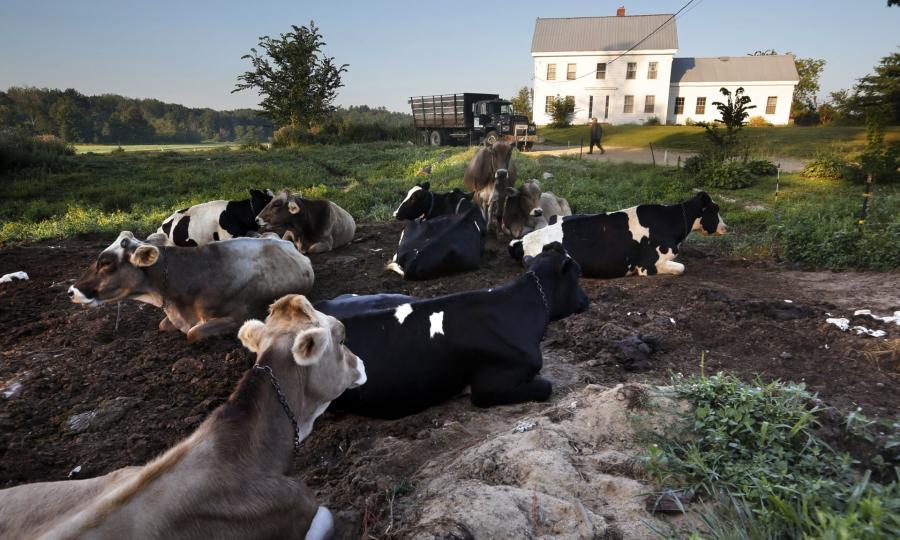 Residual sludge from treating waste water has been turned into a money-spinner but what are the costs to health of ‘the most pollutant-rich manmade substance on Earth’?

By some estimates, Americans send about 300m pounds of feces daily from the nation’s toilets to wastewater treatment plants.

While the water is cleaned and discharged, the remaining toxic sewage sludge stays at the treatment plant, and it’s what Sierra Club environmentalist Nancy Raine calls “the most pollutant-rich manmade substance on Earth.”

This “biosolid” sludge is expensive to dispose of because it must be landfilled, but the waste management industry is increasingly using a money-making alternative – repackaging the sludge as fertilizer and injecting it into the nation’s food chain.

Now the practice is behind a growing number of public health problems. Spreading pollutant-filled biosolids on farmland is making people sick, contaminating drinking water and filling crops, livestock and humans with everything from pharmaceuticals to PFAS.

As more biosolid-linked crises develop, some farmers and environmentalists are calling for a ban on the practice.

In 2019, about 60% of sewage sludge produced by treatment facilities will be spread on farmland and gardens, as well as schoolyards and lawns. Sludge holds nitrogen, phosphorus and other nutrients that help crops grow, so the waste management industry lightly treats it and sells it cheaply to farmers who view it as a cost-saving product.

But in fact the excrement from which sludge derives has mixed with any number of 80,000 manmade chemicals that are discharged from industry’s pipes or otherwise pumped into the sewer system. By the time the mix lands in treatment plants, it can teem with pharmaceuticals, hormones, pathogens, bacteria, viruses, protozoa and parasitic worms, as well as heavy metals like lead, cadmium, arsenic or mercury. It often includes PCBs, PFAS, dioxins, BPAs and dozens of other harmful substances ranging from flame retardants to hospital waste.

“Spending billions of dollars to remove hazardous chemicals and biological wastes from water, only to spread them on soil everywhere we live, work and play defies common sense,” said David Lewis, a former Environmental Protection Agency scientist who opposed spreading sludge on cropland in the mid-1990s as the agency approved the use.

Previously treatment facilities burned sludge or dumped it in the ocean, but the federal government barred the practices because doing so violated clean air rules or created marine dead zones. The EPA now insists spreading the same toxic substance on farmland is safe.

Raine questioned that conclusion, noting that there is very little regulation, very little testing and no knowing what’s in each batch of sludge as compositions vary.

In what biosolid testing the EPA has conducted, it identified more than 350 pollutants. That includes 61 it classifies “as acutely hazardous, hazardous or priority pollutants”, but the law requires only nine of those be removed. Moreover, the EPA and wastewater treatment plants don’t test for or otherwise analyze most of the 80,000 manmade chemicals.

In a scathing 2018 report, the EPA office of inspector general noted the agency couldn’t properly regulate biosolids, even if it sincerely tried, because “it lacked the data or risk assessment tools needed to make a determination on the safety of 352 pollutants found in biosolids.”

Though regulators and industry don’t know what’s in biosolids, there’s strong evidence that it can be dangerous.

A University of North Carolina study found 75% of people living near farms that spread biosolids experienced health issues like burning eyes, nausea, vomiting, boils and rashes, while others have contracted MRSA, a penicillin-resistant “superbug.”

In South Carolina, sludge containing high levels of carcinogenic PCBs was spread on cropland, and in Georgia sludge killed cows. Biosolids are also thought to be partly responsible for toxic algae blooms in the Great Lakes and Florida, and biosolid treatment centers regularly pollute the air around them. 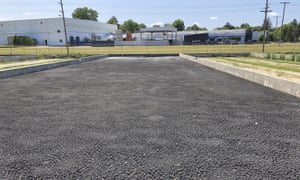 Sewage sludge from the Lapeer wastewater treatment plant in drying beds, where it is being stored until an arrangement is made for permanent disposal, in Lapeer, Michigan. State officials ordered Lapeer to stop distributing its sludge for use as farm fertilizer after it was found to contain toxic PFAS chemicals. Photograph: John Flesher/AP

Meanwhile, sewage sludge is behind a widening PFAS crisis that has contaminated farms in Maine, Michigan, Wisconsin, Alabama and Florida. PFAS, or “forever chemicals”, are linked to a range of serious health problems like cancer, thyroid disorders, immune disorders and low birth weight. The chemicals are a product used to make non-stick or water-resistant products, and are found in everything from raincoats to dental floss to food packaging.

Maine’s testing of 44 fields sprayed with biosolids earlier this year consistently found alarming PFAS levels in the ground, cows and farmers’ blood, which forced one dairy farm to shut down.

“They’re finding kilograms of PFAS in sewage sludge when nanograms are harmful to humans, so you can’t regulate it as a fertilizer,” said Laura Orlando, a civil engineer who tracks problems with biosolids.

Still, state governments continue to allow biosolids to be spread on farmland or sold in compost. In Michigan, an environmental official recently said the state won’t test for PFAS in milk because it doesn’t want to put farmers out of business. A spokesperson for Michigan’s department of environment, Great Lakes and energy did not respond to specific questions about biosolid use, but said the state had increased PFAS testing, and in 2017 it issued suggestions for biosolids applications.

However, the Sierra Club’s Great Lakes manager, Christy McGillivray, noted that Michigan doesn’t have PFAS standards, so “that makes it impossible to regulate”. As of now, states aren’t testing for most of the thousands of chemicals known to be in sludge beyond PFAS.

Biosolids are also creating tension in some rural communities as farmers who use it pollute watersheds, contaminate neighbors’ wells or sicken neighbors.

Don Dickerson, a farmer with land in Michigan and Ohio, told the Guardian biosolid dust from an adjacent field had coated his home and crops in the substance. Paul Wohlfarth, a resident of Riga Township, Michigan, said sludge is contaminating his well, and charged that biosolids from the state’s cities were “turning Riga Township into a waste dump”.

“When you put heavy metals, PFAS, plastics, pharmaceuticals and all that in the soil, sooner or later it gets toxic, and you can’t wish that stuff away. You’re ruining the topsoil forever,” he said.

Though the government is reacting slowly or ignoring problems, companies like Whole Foods, Dole, Heinz and Del Monte won’t buy crops grown in biosolids, while Switzerland, the Netherlands and other countries have banned it.

The Great Lakes water authority, which operates one of the nation’s largest biosolid programs, declined interview requests from the Guardian. Despite sludge’s chemical makeup, the wastewater industry bills biosolids as “green” and even sells it as organic fertilizer in stores like Walmart and Lowe’s, though packaging doesn’t indicate that it’s composed of human and industrial waste.

The waste management industry treats sludge in several ways before labeling it fertilizer – air drying, pasteurization and composting are among common methods. Lime is employed to raise the pH level to eliminate odors, and about 95% of pathogens, viruses and other organisms are killed in the process.

But Raine stressed that none of the thousands of chemicals known to be in biosolids, or tens of thousands of manmade chemicals for which the government doesn’t test, are removed.

“It has a technical song that sounds pretty good. However, nothing that is done to the sludge removes the chemicals,” Raine said. “They just spend a little money on PR to convince us it’s nice fertilizer and fail to mention all the other things that are in it.”