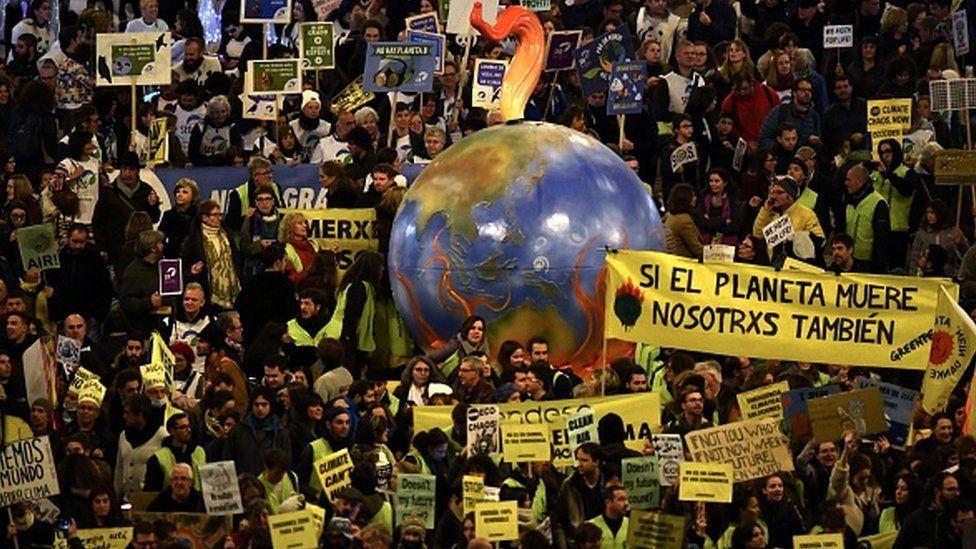 Environmentalists and observers have been barred from UN climate talks in Madrid after a protest inside the conference.

Around 200 climate campaigners were ejected after staging a sit in, preventing access to one of the negotiating halls. Protesters said they were "pushed, bullied and touched without consent." In the wake of the disruption all other observers were then barred from the talks.

Observers play an important role in the talks, representing civil society. They are allowed to sit in on negotiations and have access to negotiators on condition that they do not reveal the contents of those discussions.

Just hours after Greta Thunberg had delivered a powerful speech to COP25, young campaigners staged a noisy demonstration in front of the main halls where the UN secretary general was due to update the conference on the progress of the talks.

They were expressing a rising sense of disappointment with the slow progress of the conference, which is in marked contrast to the urgency of scientists and the clamour for action from school strikers. 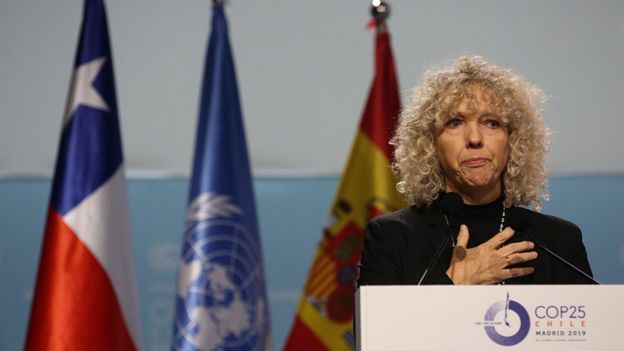 As the group banged pots and pans and chanted slogans, UN security staff intervened to move the protestors outside "abruptly and roughly," from the building, protesters said.

Julius Mbatia, 25, a climate youth leader in Africa who works with Christian Aid said: "It's displeasing that young people here to peacefully make the case for strong action on climate change, are being kettled and kicked out of the summit so that the UN climate process can conclude an outcome that will seemingly be weak and doesn't protect their future."

Around 200 had their badges removed, preventing them from returning to the talks. 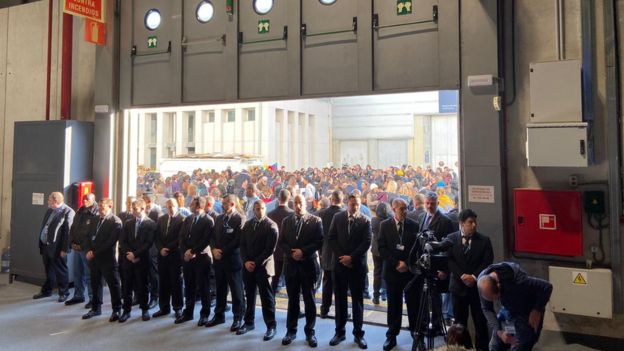 Protestors were forced outside by UN security staff

The executive director of Greenpeace International, Jennifer Morgan, was one of those who went outside in solidarity with the protestors. Ms Morgan was also barred from entry when she tried to return, despite playing no part in the protest.

Earlier in the day, Ms Morgan had sat on a panel with Greta Thunberg - part of an effort by the UN to include the voices of young people around the world.

"I call on the UN secretary general to intervene here to make sure that youth and citizens around the world can engage and have their voices heard in these negotiations - it's absolutely imperative that he get involved," Ms Morgan said, speaking outside the venue. 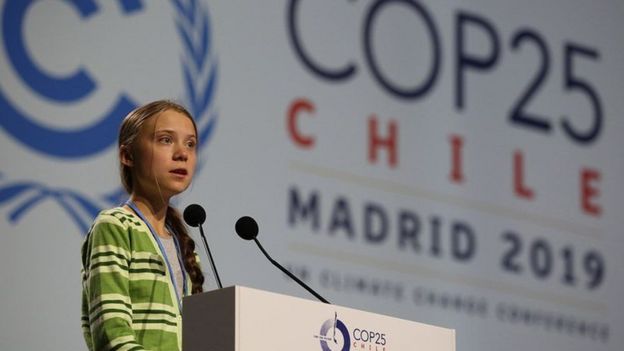 The UN described the incident as "an unfortunate security incident." After consultations with observer groups, the UN has agreed to allow those barred after the protest to return for the rest of the conference.

Discontent with the way the talks have been going has been rising in recent days with the sense that major emitting countries are doing all they can to block progress.

The UN on Wednesday released more details about the scale of the challenge.

All countries who signed the Paris agreement are due to put new climate pledges on the table by the end of next year. So far, 84 countries have promised to enhance their national plans by then. Some 73 have said they will set a long-term target of net zero by the middle of the century.

But many in attendance at the meeting believe that this is far short of where the world needs to be to avoid dangerous levels of warming.

"Frankly, I'm tired of hearing major emitters excuse inaction in cutting their own emissions on the basis they are 'just a fraction' of the world's total," said the prime minister of Fiji, Frank Bainimarama.

"The truth is, in a family of nearly 200 nations, collective efforts are key. We all must take responsibility for ourselves, and we all must play our part to achieve net zero. As I like to say, we're all in the same canoe. But currently, that canoe is taking on water with nearly 200 holes -- and there are too few of us trying to patch them," Mr Bainimarama said.

There are also worries that the final statement of ambition from this meeting may be watered down, with all the major decisions kicked down the road towards the key meeting in Glasgow at the end of next year.