How Plastic Is a Function of Colonialism 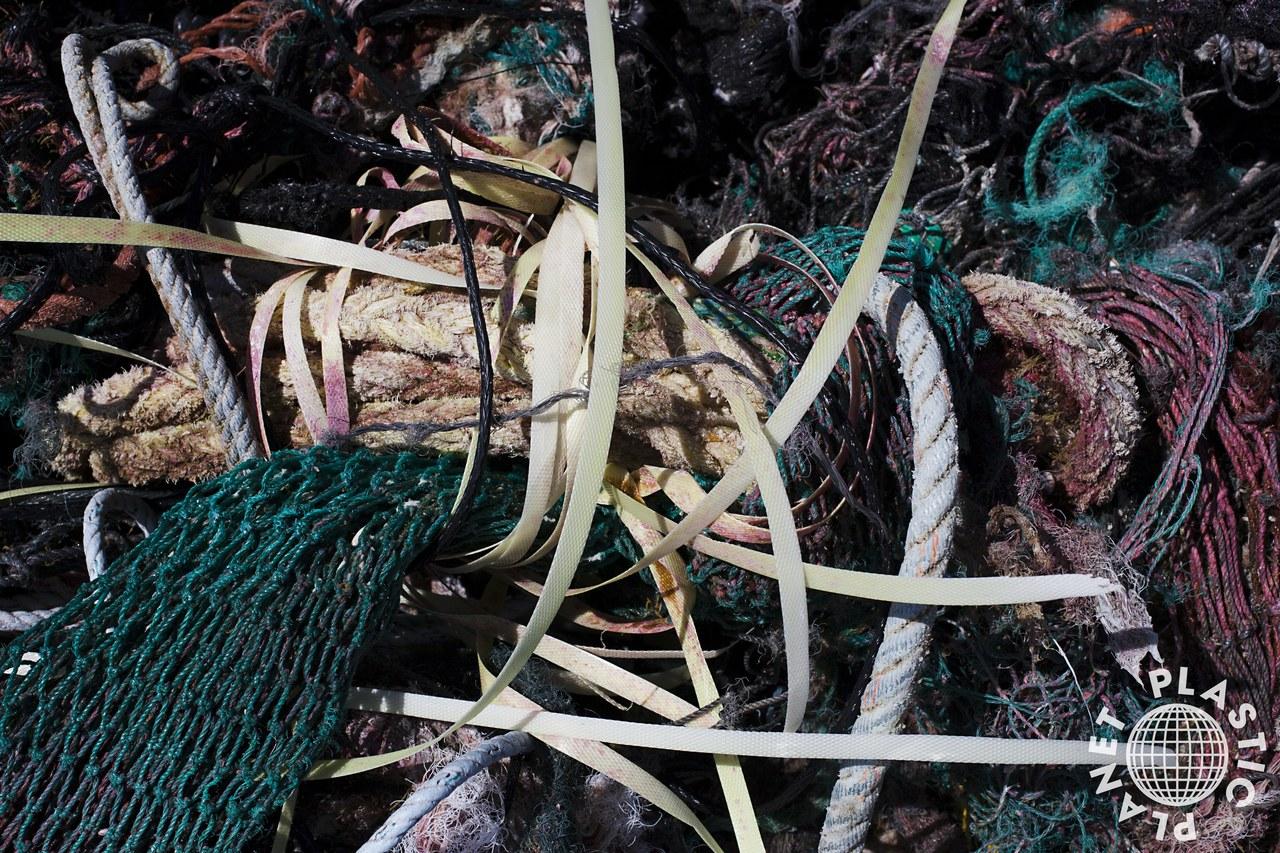 Nain is the most northern Inuit community in Nunatsiavut, Canada. It was one of the first places in Newfoundland and Labrador to ban plastic grocery bags in 2009 after villagers saw hundreds of plastic bags snagged on rocks underwater when they went out to fish. The bag ban has appeared to reduce the number of grocery bags in the water, but many of other types of plastic bags, as well as food packaging, ropes, building insulation, and tiny unidentifiable fragments, line the shores and waters of the area.

None of these plastics are created in Nain. But since plastics have been found in the Arctic, government and scientific projects are looking to find ways to reduce plastic pollution coming from Arctic communities with initiatives like recycling and treating sewage. But these solutions look at the end of the pipeline — the point after plastics have already arrived, thousands of miles from their point of production to the Arctic. These types of solutions assume that plastics can and will continue to be produced and imported to the North, and Northerners are supposed to deal with this import of pollution.

Colonialism refers to a system of domination that grants a colonizer access to land for the colonizer’s goals. This does not always mean property for settlement or water for extraction. It can also mean access to land-based cultural designs and culturally appropriated symbols for fashion. It can mean access to Indigenous land for scientific research. It can also mean using land as a resource, which may generate pollution through pipelines, landfills, and recycling plants.

Lloyd Stouffer, editor of Modern Packaging magazine, declared in 1956 that “The future of plastics is in the trash can.” This call for the “plastics industry to stop thinking about ‘reuse’ packages and concentrate on single use” came at the start of a new era of mass consumption of plastics in the form of packaging, which now accounts for the largest category of plastic products produced worldwide. He saw that disposables were a way to create new markets for the fledgling plastics industry.

This idea assumes access to land. It assumes that household waste will be picked up and taken to landfills or recycling plants that allow plastic disposables to go “away.” Without this infrastructure and access to land, Indigenous land, there is no disposability.

Nain does not have an “away.” Neither do many other places whose lands are colonized as places to ship disposables or are used for landfills. Nor do many extractive zones that provide the oil and gas feedstock for producing plastics. They’re in the Far North, Southeast Asia, and western Africa, among many other places. Some of these same places serve as an “away” for wealthier regions who export their waste. In fact, the term “waste colonialism” was coined in 1989 at the United Nations Environmental Programme Basel Convention when several African nations articulated concerns about the disposal of hazardous wastes by wealthy countries into their territories.

China has been the place where nearly half the world’s plastic waste has been sent to go “away”. This ended in January 2018 when China banned the import of scrap plastics and other materials, which will leave an estimated 111 million metric tons of plastic waste displaced. Recycling programs in the United States and around the world that depend on using other countries’ land for waste have slowed down, shut down, or are stockpiling plastics as new solutions are sought. Currently, this next round of waste colonization is headed for Southeast Asia.

Perhaps you’ve heard that the top five countries responsible for most marine plastics are China, Indonesia, the Philippines, Vietnam, and Sri Lanka. Some of these countries are also the ones receiving a disproportionate amount of plastic waste from other regions. They also happen to be places where waste systems do not mimic American curb-to-landfill systems. These regions are framed in scientific articles, the media, and policy papers as “mismanaging” their waste. This is a perpetuation of colonialist mindset, discourses that have long associated some uses of land as civilized and moral and other uses as savage and deficient. As Cole Harris writes in his book Making Native Space: Colonialism, Resistance, and Reserves in British Columbia, historically, when local people were not using land “properly,” colonizers would come and take it away to use it “better.” In 1876 a white Indian reserve commissioner on Vancouver Island in the region currently known as Canada addressed members of “a Native audience” (Nation unspecified) who were being moved to reserves that were a fraction of the size of their previous land bases. He explained, “The Land was of no value to you. The trees were of no value to you. The Coal was of no value to you. The white man came he improved the land you can follow his example.” Similar mindsets still exist today.

In September 2015, an American-based environmental NGO called the Ocean Conservancy released a report looking for solutions to marine plastic pollution. One of the core recommendations was for countries in Southeast Asia to work with foreign-funded industries to build incinerators to burn plastic waste. This recommendation follows a long line of colonial acts from various entities, from access to Indigenous land to extract oil and gas to make plastics, to the production of disposable plastics that requires land to store and contain them, to pointing the finger at local and Indigenous peoples for “mismanaging” imported waste, and then gaining access to land to solve their uncivilized approach to waste management.

The Philippines arm of the Global Alliance for Incinerator Alternatives (GAIA), a grassroots environmental-justice coalition, rejected the Ocean Conservancy recommendation for incineration. They argued against the health and environmental impacts of burning waste, particularly in countries that struggle with air pollution, such as in China, where increasing protests against waste-to-energy incinerators occur in a context where 69% of current incinerators have records of violating environmental air pollution standards. They talked about the costs of building and maintaining this infrastructure and what it means for debt to foreign bodies. They wrote about how burning waste and plastic perpetuates climate-changing fossil fuel extraction. In short, they argued against the entire system that assumes access to land for come-from-away industry and environmentalists. GAIA’s efforts have been uneven. They’ve helped to successfully block some incinerators, such as one that was planned in Wellington, South Africa, and continue to battle on other fronts.

Disposability is not the result of the bad behavior of some individuals choosing to buy some things and not others. Consumer choice as a concept makes no sense in many places. In Nain, there is one store. There is one kind of ketchup you can buy. There is one type of lettuce. Both are in plastic packaging because the producers assume that there is a place for that packaging to go. It goes into the dump, where it is usually burned so bears aren’t attracted to town, and then the scraps blow into the water. There is no way to behave differently. Bag bans don’t eliminate the problem. Degradable plastics made of corn would move the problem onto someone else’s land. Shipping Nain’s plastics to a recycling plant in Vietnam or even elsewhere in Canada produces pollution and plastic leakage on other lands still. Disposable plastics are simply not possible without colonizer access to land. The end of colonialism will result in the end of plastic disposability.

Dr. Max Liboiron is an assistant professor at Memorial University and fellow at Science for the People. Watch the new documentary on Max Liboiron’s lab here.

This article and accompanying image were originally published in Teen Vogue. For more information on the global plastics crisis, read the rest of the Plastic Planet series on the Teen Vogue website.