It's Time to Break Our Addiction to Farm Chemicals

Agricultural chemicals aren't helping us to be better farmers or make more money. Rather they are harming our health and undermining the economic and agronomic viability of our farms.

As a kid growing up on a Montana wheat and cattle ranch in the 50s and 60s, I was raised farming with chemicals.

I never questioned our use of fertilizer and herbicide: these were new tools that my dad quickly adopted after a little experimentation, as he thought they could help us be better farmers and make more money.

I didn't disagree: everyone was using them. We were told they were safe, effective and a good investment.

All through my youth on the farm and in agriculture classes from high school through my PhD in plant biochemistry at UC Davis, I heard nothing but positive things about the chemical industrial model that had taken hold in rural America.

However, in recent years, after decades of use, the results of this chemical experiment are coming in with a much different outcome than the promises first made to us.

Quite to the contrary: these chemicals are undermining the economic and agronomic viability of our farms, polluting our water, and causing serious health problems in our communities.

First of all, agricultural chemicals haven't proven nearly as effective as we'd hoped.

Heavy applications of herbicides over many years has led to herbicide-resistant weeds, which means farmers just keep spraying more and more or turn to more potent herbicides in a losing battle against evolution.

Meanwhile, long-term application of chemical fertilizer in combination with recently adopted no-till systems is leading to soil acidification. These acid soils kill or stunt plants, so farmers have to apply lime – piling on yet another chemical to solve the problem created by the first chemical.

When I started experimenting with organic farming, in 1986, I found more economical solutions for both weeds and soil fertility. To keep the weeds guessing, I adopted a nine-year rotation, which also broke up cycles of disease and insect pests.

To grow my own fertility, I included soil-building crops in every other year of my rotation.

The other problem with agricultural chemicals is the side effects.

Pesticides don't just kill target organisms: they also harm critters that we need in order to be successful as farmers, like beneficial insects, pollinators, and soil microorganisms.

In fact, many of these chemicals harm us too: pesticides have now been linked to diseases from Alzheimer's to cancer to Parkinson's.

Even glyphosate, the herbicide touted as a benign alternative to the harder chemicals of my youth, is proving problematic. Last year, a rat study found that glyphosate disrupted sexual development, genes, and beneficial gut bacteria, while a study published just this spring reported prostate disease, obesity, kidney disease, ovarian disease, and birth abnormalities in the grandchildren and great-grandchildren of rats exposed to glyphosate.

Glyphosate's impact on human health has made it to the courts. There were two high profile cases in the past year in which plaintiffs claimed exposure to Roundup—which has glyphosate as its main ingredient—contributed to their cancer. Juries in both cases awarded the plaintiffs large payouts, and there are now an estimated 11,000 cancer victims suing Bayer, claiming exposure to glyphosate-based herbicides caused non-Hodgkin's lymphoma.

Chemical fertilizers are problematic too — leading to nitrates in the water supply, which can cause blue baby syndrome.

Ways out of this "toxic trap" 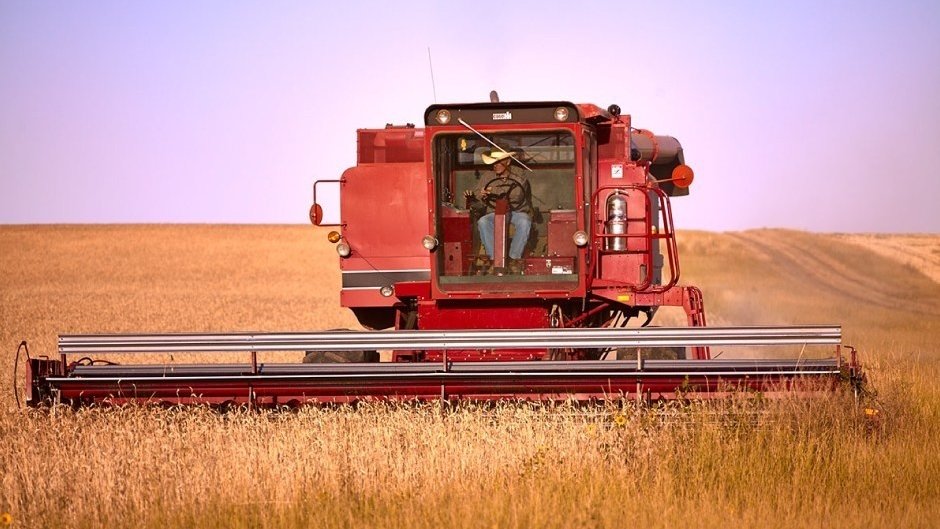 Some blame farmers for continuing to use these chemicals, but I know a lot of good people who are chemical farmers, and I don't think it's all their fault.

We farmers are bombarded with messages that these chemicals offer the only way to manage our farms successfully -- not just through advertisements but also at meetings of our farm organizations and in conversations with the crop advisors and university researchers we rely on for advice.

I don't want to pin all the blame on these folks either: they are looking to agricultural research and finding mostly chemical answers, because most of the research is asking chemical questions.

Billions of tax dollars have gone toward research, extension, and subsidies for chemical farming, so we've built up a massive store of information and infrastructure dedicated to furthering this mode of agriculture.

We don't see nearly the same kind of support for organic farming, which has been starved for research money and has only recently been acknowledged as legitimate by land-grant universities.

So what can we do about it? To the 98 percent of people in this country who aren't farmers but who have a stake in the food system, I have two suggestions: First, support organic farmers by buying a little more organic food and be willing to pay a little more so that those farmers might be able to earn a living and keep their farm viable.

Second, it's high time to write your Congress people.

Tell them your concerns about chemicals like glyphosate. But don't just stop there. If we're going to break our addiction to farm chemicals rather than just substituting a new toxicant for the old ones, we need to develop the alternative, which is regenerative organic farming.

I know organic can work, because I've seen it improve the agronomic and economic viability of my own farm — and thousands of others around the country.

But to transition to a food system where organic is the norm, we're going to need more research and extension investment to support farmers through the transition from chemical agriculture to managing weeds ecologically, developing sound rotations, and reducing tillage without relying on the crutch of herbicides.

Currently, just a fraction of USDA-funded research tackles these kinds of ecological questions — while chemical farming continues to receive the lion's share of current research funding on top of the legacy of decades of historical support.

Of course, if you're happy with your tax dollars supporting the status quo, you don't need to do anything. But if you want to break farm country's addiction to chemicals, demand that public investment stop promoting this toxic trap that benefits so few (mostly multinational chemical companies) and start supporting the alternative that benefits us all.

Bob Quinn is an organic farmer from Big Sandy, Montana and co-author of Grain by Grain, recently released by Island Press.