The Monarch Butterfly Emergency Unfolding Before Our Eyes 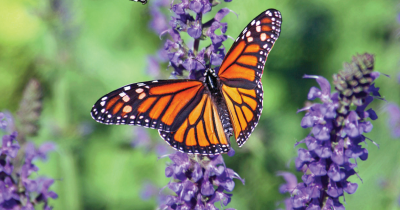 If you were in California this winter, you may have noticed something missing: the monarch butterflies.

Two decades ago, more than 1 million would arrive in California every winter, clustering on branches in colorful bunches and lighting up the coastal air with their delicate flights.

To see a kaleidoscope of butterflies is to witness one of nature’s most vivid migratory spectacles. A century ago, one California newspaper described a grove of trees with branches breaking under the weight of the western monarch butterflies overwintering in the area. The monarchs, “all twinkling in shade and sunlight, seemed the personification of happiness,” the observer wrote.

Now, monarchs are the personification of something darker, as a species that generations of school children once reared in classrooms in lessons of science and wonder, could soon be gone. This year, only 1,914 were counted overwintering in coastal California. There are more Starbucks locations in California than overwintering monarchs.

North American monarchs, famous for their 2,000-mile annual migrations, are in a freefall. Without help, the western population will almost certainly disappear this century. The eastern population of monarchs, which migrate across the country’s midsection and overwinter in Mexico, is in much the same dire straits.

Stepping back, this decline is no surprise. Since the 1990s, North America’s monarchs have lost about 167 million acres of their summer breeding habitat to agricultural intensification and suburban spawl. Milkweed, the monarch caterpillar’s only food source, has been nearly eradicated from the parts of the Midwest where they were typically born.

The widespread adoption of corn and soy crops that have been genetically engineered for herbicide tolerance has led to a dramatic increase in the use of glyphosate, dicamba, and other herbicides, and has likely wiped out billions of milkweed plants. Large areas of monarch breeding habitat are also planted with cotton, wheat, and other crops treated intensively with pesticides.

Monarchs are also threatened by neonicotinoids and other systemic insecticides used in agriculture, parks, yards, and commercial properties. Neonics are also now one of the preferred or most readily available insecticides used in conventional agriculture, especially for corn, soy, wheat, and other crops. On average, nearly 56 percent of the total planted acres for these crops are treated with such chemicals.

The climate crisis, too, has played a role. It is undermining the stable weather conditions and predictable flowering seasons that monarchs need to complete their migration. Climate change also threatens these butterflies’ overwintering habitat in the mountain forests of Mexico. Just as the Joshua Tree National Park will soon no longer support Joshua trees, the International Monarch Biosphere Reserve in Mexico is expected to become climatically unsuitable for monarchs by the end of the century.