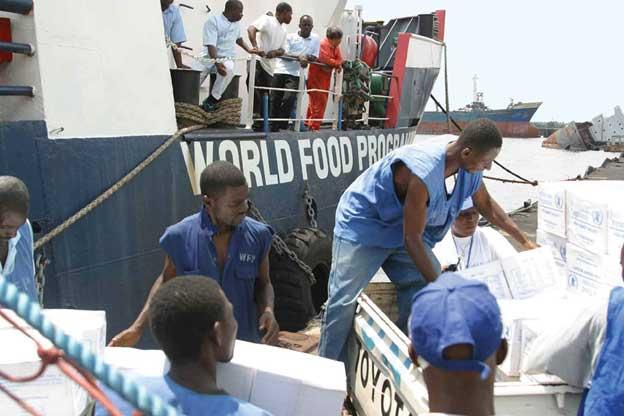 UNITED NATIONS, Oct 9 2020 (IPS) - With the 2020 Nobel Peace Prize bestowed on the Rome-based World Food Programme (WFP), the United Nations and its affiliated agencies continue to hold a monopoly of one of the world’s most prestigious annual awards.

UN Secretary-General Antonio Guterres described the WFP as the “world’s first responder on the frontlines of food insecurity.”

In a world of plenty, he pointed out, it is unconscionable that hundreds of millions go to bed each night hungry. Millions more are now on the precipice of famine due to the COVID-19 pandemic.

“The women and men of the WFP brave danger and distance to deliver life-saving sustenance to those devastated by conflict, to people suffering because of disaster, to children and families uncertain about their next meal,” Guterres declared.

He also singled out David Beasley, WFP Executive Director, and the entire staff of the World Food Programme, for advancing the values of the United Nations every day and serving the cause of “we the peoples” as the Organization marks its 75th anniversary year.

In a video statement on social media, Beasley said: “It’s because of the WFP family: they are out there in the most difficult, complex places in the world, where there’s war, conflict, climate extremes – it doesn’t matter. They are out there and they deserve this award …

“This is the first time I’ve been speechless … This is unbelievable. And Wow! Wow! Wow! Wow!”, an exhilarated Beasley, a former Governor of the US state of South Carolina (1995-1999), said Friday.

Beginning with the Office of the UN High Commissioner for Refugees (1954 and 1981), the UN recipients of the Nobel Peace Prize also include Secretary-General Dag Hammarskjold (1961), the UN children’s agency UNICEF (1965), the International Labour Organization (1969), the UN Peacekeeping Forces (1988), the United Nations & Secretary-General Kofi Annan (2001), the International Atomic Energy Agency (2005), the Intergovernmental Panel on Climate Change (2007) and the Organization for the Prohibition of Chemical Weapons (2013).

The award also went to the predecessor to the United Nations: League of Nations (1938) for its work on aiding refugees, and to Ralph Bunche (1950), Director of the UN Division of Trusteeship, and Acting Mediator in Palestine.

Gernot Laganda, Chief / Climate and Disaster Risk Reduction Programmes at WFP told IPS: “As WFP staff, we are humbled and moved by this honor. Many colleagues have spent years – some decades – working to increase food security for hungry people who have had their lives torn apart by conflict, climatic extremes or economic shocks”

He said some of his colleagues have lost their lives in the line of duty.

“Every WFP staff, from Executive Director David Beasley to our local colleagues working in the most difficult conditions in the deep field, sees the Norwegian Nobel Committee’s vote as a recognition that the 690 million hungry people in the world have the right to live an active and healthy life, free from conflict and with safety nets against increasing climate extremes and disasters”.

“This recognition will inspire all of us to work even harder, to save lives and change lives on the pathway to Zero Hunger,” said Laganda, who joined WFP from the International Fund for Agricultural Development (IFAD), where he managed the world’s largest climate change adaptation program for smallholder farmers.

“In a world where conflict has forced millions to go hungry, the World Food Programme brings relief and dignity. UN agencies like WFP take on the toughest challenges in the world and deserve everyone’s support,” said Dr Coonrod, who is also Coordinator and co-founder of the Movement for Community-led Development.

Danielle Nierenberg, President of the US-based Food Tank, told IPS there are few organizations in the world poised to confront the multiple challenges of the pandemic, the climate crisis, inequality, and food and nutrition insecurity, like the World Food Programme.

“During COVID-19, they have continued to be on the frontlines confronting all of these challenges. Their work has never been more important or necessary.

“I’m grateful that the Nobel Commission decided to make a statement this year commending and organization that has as its mission to nourish the world,” said Nierenberg.

Congratulating WFP, Oxfam International’s interim Executive Director, Chema Vera told IPS it is a timely and urgent recognition to the work that WFP does in fighting the scourge of global hunger.

At a time when more than 135 million people in 55 countries around the world are facing severe to crisis levels of food insecurity, this recognition must also be a clarion call for wider and immediate action.

The UN’s $10.3 billion humanitarian appeal is today barely 40% funded – and within that, the money needed for global food security and nutrition are the most under-funded parts of the entire appeal.

The international community should fully fund the UN appeal now and accompany that with the strongest political action to support the Secretary-General’s call for a global ceasefire.

“We must break the bond between conflict and hunger and work collectively towards peace,” said Vera.

Laganda of WFP told IPS that “a message that is important from my own role in the organization working on climate and disaster risk reduction programs is that WFP and its partners are facing an uphill battle”.

He pointed out that climate disasters are increasing in frequency and intensity, “and we see a growing interplay between climate and conflict”.

Hunger is on the rise, and there is not enough humanitarian financing to go around to catch up with these growing needs.

“This is why we need to complement our ever-present readiness to respond with longer-term programs which strengthen capacities for risk reduction, prevention and resilience-building, said Laganda, who formerly served as Humanitarian Program Specialist with the Austrian Development Agency and managed climate and environmental programs with the United Nations Development Program (UNDP) in South Africa and the Asia/Pacific region.

He said not many people are aware of this, but apart from being a cutting-edge operational agency for emergency response, WFP is also an excellent partner for governments who are working to strengthen systems for risk management – from climate information and early warning systems to social protection and climate insurance solutions.

To manage the growing humanitarian impacts of climate change over the next few years and decades, he noted, “we will not only need to prepare for more costly responses to more frequent and intense climate disasters – we also need to frontload investments into forward-looking programs that can help us mitigate and prevent predictable emergencies”.

“The time for such investments is now, and I am hoping that the honor of this year’s Nobel peace prize can increase global visibility for this type of work,” said Laganda.

Frederic Mousseau, Policy Director at the Oakland Institute, told IPS “this Peace prize is well deserved given the incredible role played by WFP in bringing essential food relief in war situations such as Yemen, Afghanistan, or Somalia, in often highly dangerous and challenging conditions for its staff”.

This said, global hunger is a problem, he argued, that can’t be solved by delivering food, especially when it is procured in the US, WFP’s primary donor by far, which has for decades prioritized sending in-kind food aid as a way to support its own agriculture, undermining farmers in the Global South as a result.

To address global hunger in a decisive way, rich countries should provide financial assistance and policy space to countries so they can promote their own agriculture and industries. Unfortunately, the reality is that rich nations -also the main food exporters- don’t do that and continue to export their own agricultural products and finance emergency food aid when famines arise, said Mousseau.

(Harare, October 6, 2020) This October 16th, the International Day of Action for Peoples’ Food Sovereignty and against Transnational... Read more

UNITED NATIONS, Oct 9 2020 (IPS) - With the 2020 Nobel Peace Prize bestowed on the Rome-based World Food Programme (WFP), the United Nations and its affiliated agencies continue to hold a monopoly of one of the world’s... Read more 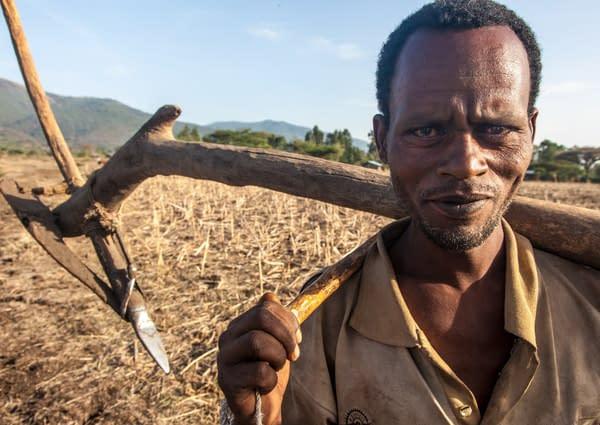 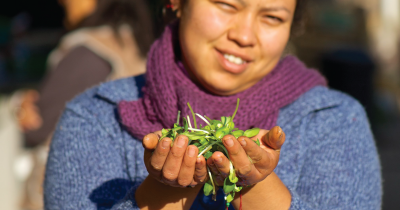 Despite much uncertainty and upheaval of our economy during the 2020 outbreak, many organic farms have been bright spots of the COVID-19 economy. With consumers now having 100% control over their food dollars, we have... Read more