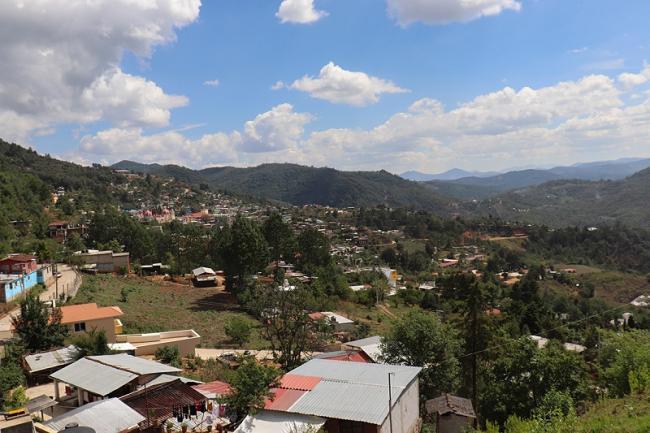 In Oaxaca's Mixe region, the community of Ayutla has been without potable tap water for three years.

On the dusty path between the natural spring and her home, Laura Morales hauled as much water as her thin frame could bear—her tenth bucket that day. Water for cooking black beans and kneading tortilla dough, water for washing her children’s t-shirts and jeans. And now, as the coronavirus pandemic nears its peak in southern Mexico, double the water to clean hands and high-touch surfaces.

“We’re afraid because we know someone can get infected,” says Morales, a public health advocate from the Indigenous Mixe community of Ayutla, Oaxaca. “And we’re hauling more water all the time, which is tiring for us.”

Morales is one of several thousand Ayutla residents who have lacked access to running water since 2017. That summer, armed men from the neighboring town of Tamazulapam del Espíritu Santo took control of what they claimed was theirs: the Jënanyëëj spring, the source of potable tap water for Ayutla since the 1970s.

"Peace has been Lost in the Sierra"

The conflict over the community’s water has now dragged on for three years, but its roots go further back. After residents of Tamazulapam took control of the spring, in June 2017, the aggrieved farmers visited the contested area with state prosecutors. But the group from Tamazulapam—known locally as Tama—blocked the caravan’s passage, first with rocks and machetes, then with high-caliber gunfire.

“The bullets practically came from the mountain,” Morales recalls. “We weren’t armed or anything…. The only thing we could do when they started shooting was to run and hide.”

Tense footage captured the gunfire that injured six residents of Ayutla, who found no cover on the open road flanked by pine-oak forests. The video also offers a final glimpse into the eyes of Luis Juan Guadalupe, Morales’ 35-year-old cousin, who died on his way to the hospital from a gunshot wound to the head.

It was only after the wounded were loaded into pickup trucks that residents of Ayutla noticed four landowners were missing. All of them were women. “They thought they were taking the weakest ones,” Laura Morales told journalist Antonio Mundaca, who documented the women’s experience of physical and sexual abuse. “They thought they could take them away, hurt them as if it were their right and deprive them of their land.”

That night residents of Ayutla returned to their homes to find they no longer had running water. In August, at dawn, attackers destroyed their entire water distribution system with dynamite.

Border disputes in the region go back to the 18th century, when the Spanish viceroyalty thrust Ayutla, Tama and other towns into a commonwealth with shared borders. It would take several lifetimes of struggle—and decades of invasions, often by groups from Tama—for the government to grant independent land rights to the communities in 2007. But even then, Ayutla and Tama were left out, locked into a doomed brotherhood by the unresolved border between them. 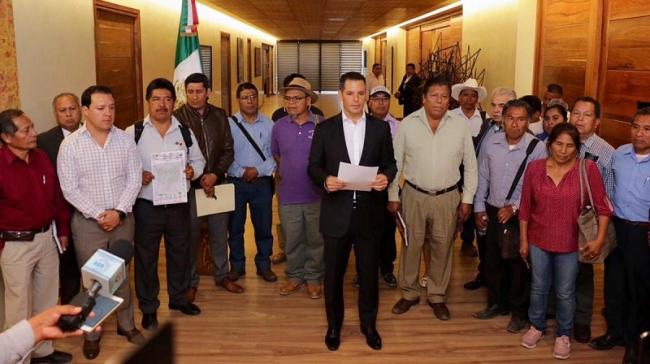 “If you take a closer look at so-called agrarian conflicts, you will realize—and this is an exercise that I did—that in reality most of them involve other types of interests,” says Yásnaya Elena Aguilar Gil, a renowned linguist and researcher from Ayutla. “But it’s convenient for the state to develop a racist narrative that says, ‘the Indians are violent, they fight among themselves, I can’t do anything about it.’ When in fact what the state does is to conceal these interests.”

Residents of Ayutla, local journalists and human rights observers say an overlooked aspect of the conflict between Ayutla and Tama is the opium and marijuana trade along this strategic route in southern Mexico.

“The fact that there were high caliber weapons to attack us...makes me think that organized crime may be behind all of this, that maybe they want these lands for illegal things,” says a former representative of Ayutla’s local government, whose name is withheld due to death threats for speaking openly on the subject.

“It’s a touchy topic,” adds another community member, who observed poppy and marijuana plantations while conducting electoral fieldwork in the region. “All of the communities know but no one says anything.

Though seldom recognized as a player in Mexico’s opium trade, Oaxaca—home to expanses of sun-kissed land tucked between rugged sierras—has played an increasingly significant role. In April 2017, Mexico’s Armed Forces slashed and burned over 30,000 poppy plants in Santo Domingo Tepuxtepec, just a few miles south of Ayutla. In October 2018 a military operation in the Sierra Mixe led to the destruction of 25 acres of marijuana and poppy. That year the cultivation of poppy—mostly headed for the U.S. heroin market—nearly doubled in the state, as organized crime cells promoted the practice among marginalized farmers.

“In addition to border problems, there have been disagreements between communities over the production and planting of wild poppy since 1980,” reported Mundaca, the journalist.

“Since a few years back, something changed in the Sierra,” Aguilar Gil, the linguist, told Mexican media last year. “The peace has been lost. We don't know where the people of Tamazulapam del Espíritu Santo got so many weapons. But after the attack, the Mixed Operations Base of the Police entered our town like thieves, without warning, to patrol a piece of land they don't know.”

Women Lead the Struggle for Water

Whatever the source of the violence in the Sierra Mixe, it has left thousands of households to face the coronavirus pandemic without access to running water. Far from an isolated case, this human rights violation is prevalent in Mexico, where 34 percent of households suffer from insufficient access to potable water. Of these, 2 million homes lack water completely and over 10 million receive water every third day or less, according to the National Institute of Statistics and Geography (INEGI). 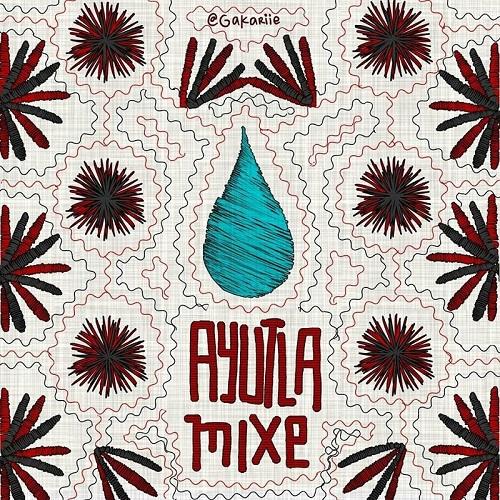 The lack of access to water has a disproportionate impact on women, according to Brenda Rodríguez Herrera, a specialist in water and gender equity at the Universidad Autónoma Nacional de México (National Autonomous University of Mexico, UNAM). “It is women who, because of gender mandates and roles, are responsible for going to the tap or the well and carrying water,” says Herrera.

She has found that this work is more than two hours a day in some rural and Indigenous communities. “Women are heavily subsidizing water management with their labor because in reality the state is responsible for satisfying these needs,” Herrera says.

Ayutla is no exception. Women in the community have carried twice the usual amount of water since the government launched a public hygiene campaign this spring. But just as an adequate water supply was most critical, high temperatures and low rainfall put a greater strain on resources. By late March the largest wildfire in recent years raged in Ayutla, damaging 200 acres and killing one resident. By April the federal government declared a local emergency for wildfires, along with a national emergency for severe drought in Mexico’s watersheds. 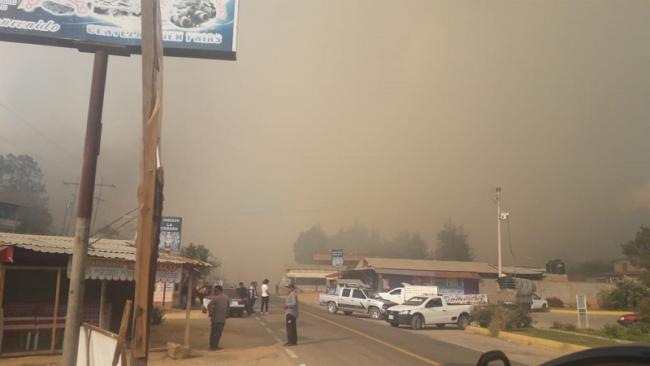 In light of the public health emergency, Mexico’s Human Rights Commission ordered the state to guarantee water for Ayutla. But the governor of Oaxaca refused to do so, arguing that stalled lawsuits between the communities left his hands tied. In response, Ayutla launched an international campaign demanding #AguaParaAyutlaYa—“Water for Ayutla now!”—with the participation of prominent artists.

This year’s compounding crises have lent newfound urgency to the work of Ayutla’s women’s collective, which was formed in 2017 to support women impacted by violence in the region.

“Today our primary work is to reclaim our natural spring,” says Gloria Martínez, a collective member and former representative of Ayutla’s communal government. Without answers from the state, women are preparing to launch a new, non-violent strategy to reconnect the community’s water distribution system. “We’re aware there’s a risk,” says Martínez. “But as a collective of women we’re willing to carry out our proposal.”

The collective has also raised funds to support women like Martínez, who are facing added challenges during the Covid-19 pandemic. In the wake of the 2017 attack, she was diagnosed with diabetes and fibromyalgia “due to the fear and the stress, the impact of everything that happened.” This year the women’s collective provided her and dozens of other women with material and emotional support.

Samantha Demby is a freelance journalist based in Oaxaca, Mexico.