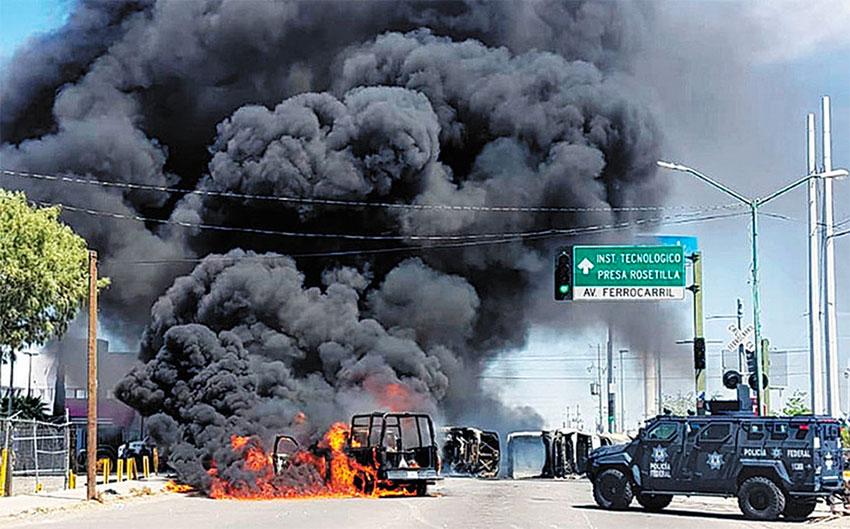 The National Water Commission (Conagua) announced on Thursday that it would not divert additional water from a dam in Chihuahua to settle a 220-million-cubic-meter “water debt” with the United States after protests against the diversion turned violent.

Conagua said in a Twitter post Thursday afternoon that it had taken the decision to stop the additional water diversion from the La Boquilla dam due to farmers’ rejection of the move, whose aim was to comply with the 1944 bilateral water treaty between Mexico and the United States.

Chihuahua farmers have long argued that the massive water diversion planned by Conagua would leave them with insufficient water.

The water commission’s plan was to divert the additional water to the Rio Grande on the Mexico-United States border for use by the latter country.

The move to increase the water flow out of La Boquilla triggered an aggressive response by farmers on Thursday morning. They set four National Guard vehicles on fire and also torched two Conagua vehicles in Delicias, a city 100 kilometers north of the dam.

The farmers also set up a blockade on federal highway 45 between Delicias and Lázaro Cárdenas, the newspaper Milenio reported. Two members of the National Guard and one farmer were injured in a violent clash there.

A video report by the newspaper El Universal shows disgruntled farmers throwing stones at police and attacking them with large sticks in a separate clash outside the La Boquilla dam.

Farmers have staged several protests against the diversion of water from La Boquilla, and stormed the fenced-off dam precinct on February 4, staging a sit-in until they were removed by the National Guard the next day.

Chihuahua Governor Javier Corral, who announced last month that his government would support the farmers in their fight for water, said in a video posted to Twitter on Friday that he was happy with Conagua’s decision to stop the additional diversion of water from La Boquilla.

He called the decision to open additional sluices at the dam “erratic” and “foolish.”

In a statement released before Conagua’s decision to back down on its diversion plan, the Chihuahua government said the decision to divert additional water from La Boquilla violated agreements the two parties had reached.

Corral said that he wasn’t informed of the decision, as Conagua claimed, and called for the water commission to close the sluices it opened on Wednesday night.