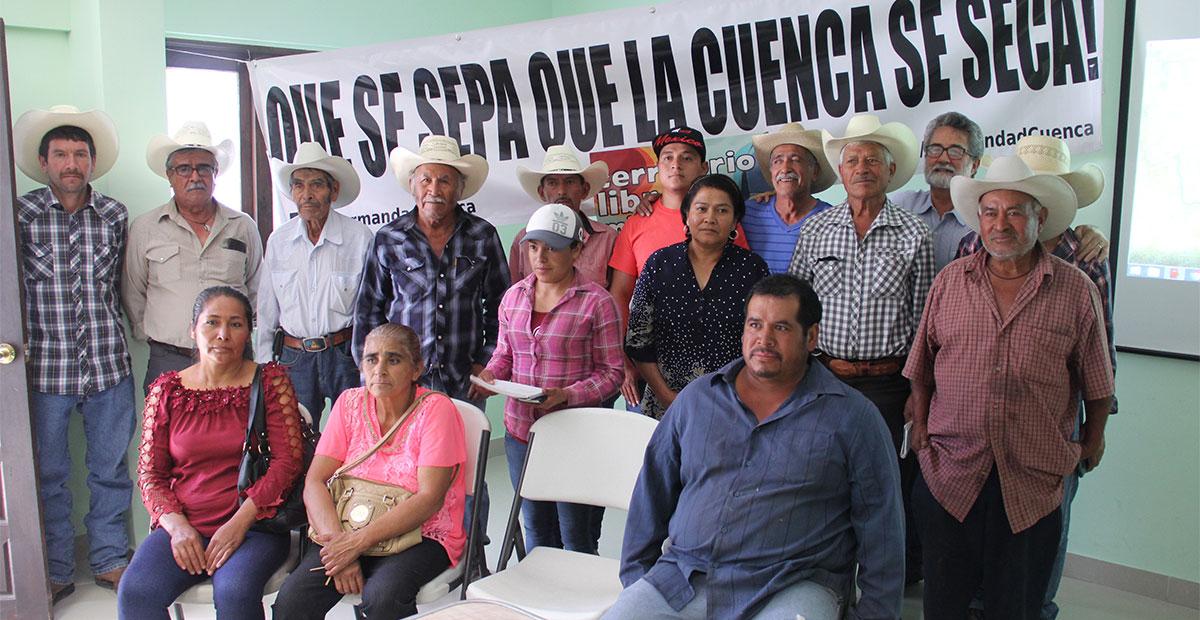 Argonaut Gold would exploit more than 20 thousand hectares that include old deposits.

The Canadian company, Argonaut Gold, is planning to exploit minerals in the town of San Antón de las Minas. However, the process that it plans to use (open pit and heap leaching) would contaminate the Independence Basin, which covers seven municipalities. 20 communities and members of the environmental organization Accion Colectiva reported that the mining could also cause diseases among the population.

Foreign investors are planning to obtain a concession of 20 thousand 270 hectares for the Cerro del Gallo project.

He added that in those municipalities there are people with kidney problems, due to the contamination of water with heavy metals and fluoride, because it is extracted up to 700 meters deep. Although there is a water shortage in the northern and northeastern part of the state, the National Water Commission (Conagua) has granted several concessions to Argonaut Gold to extract more than one million cubic meters a year, Lozano said.

The representative of the town of La Colmena, Salvador García Torres, said that they have informed the case to Conagua and the Ministry of Environment and Natural Resources, but "they have received our reports very reluctantly. "He said they have met with the mayor of Dolores Hidalgo, PRI Miguel Angel Rayas, to ask that the council not authorize the change of land use for mining. "He did not want to commit. He said that there are state or federal instances to which have to give the answer, but he is going to request to the rest of the council that they receive us,” detailed the farmer. He added that the mining company's staff has begun to meet with residents to convince them of the "benefits" of the project, such as the construction of schools and public services. At the same time they have been buying land at up to 150 thousand pesos per hectare, but "we do not want the mine to be installed. That is clear."

Ecologists and residents said they would ask the city council to declare Dolores Hidalgo a municipality free of mining. The delegate of the Santa Bárbara community, José Alvar Márquez, affirmed that nobody supports the "massacre" of an open pit mine. "I went to San Pedro, in San Luis Potosí, and saw what the mines did there." He also pointed out that Argonaut Gold representatives meet with residents of each community to "dupe them.” "Three years ago they started to drill Cerro del Gallo. Many people were happy because they were told there would be work," he lamented.

On the it's webpage www.argonautgold.com, the Canadian company states that the Cerro del Gallo project is in the advanced exploration stage. The deposit, for which 13 concessions have been granted, covers 20 thousand 270 hectares and includes high grade old gold and silver mines. The deposit is 30 kilometers west of the international airport of Guanajuato and 55 kilometers west of the city of León.

Argonaut Gold's website also states, "It can be accessed by land (roads and railways) and by air services. In addition, the area has skilled labor, power lines, water, paved roads, equipment suppliers and transportation routes."

"In May 2012, the previous owners of the Cerro del Gallo project carried out a definitive feasibility study, which includes an initial stack leaching operation of 7.2 years, which could produce an average of 95 thousand gold equivalent ounces. at an estimated cost of $ 700 per ounce" (the price of the metal is around $ 1,400 per ounce).

Finally, they quote the mining services vice-president, Bob Rose: "Argonaut acquired Cerro del Gallo for 15 million dollars in November 2017. It is the type of project that we have historically handled quite well."