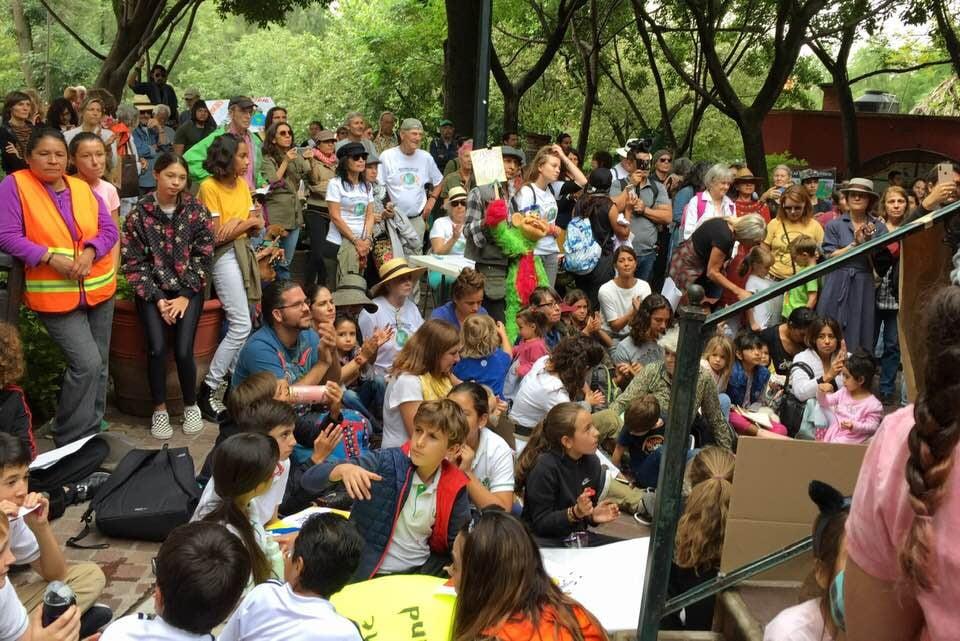 On Friday, September 20, an estimated 400 to 500 people in San Miguel de Allende joined millions of people around the globe to demand "an end to the age of fossil fuels." The global climate strikes in more than 150 countries, were scheduled ahead of the opening of the United Nations General Assembly and the U.N. Climate Action Summit beginning on Monday, September 23.

The protests were called by young people around the world who are part of the "Fridays for Future" campaign, which has seen students walk out of their schools on Fridays to demand their political leaders take urgent action to address climate change.

In the Climate Action for San Miguel de Allende, protestors marched from Calle Cardo to the rally site in Parque Juarez. Children from Fridays for the Future SMA opened the rally with the international Climate Song.

The rally, organized by a large number of ngos in San Miguel, featured a series of artistic presentations with skits, musical groups poetry and songs interspersed with informative talks on the Climate Crisis including such topics as Water, Ecotourism, Mining, Migration, the Independence watershed, Biodiversity. Bee-keeping, Food & Regenerative Agriculture, the Bye Bye Plastic Bags program and the municipality's Zero Waste campaign.