University of the Earth 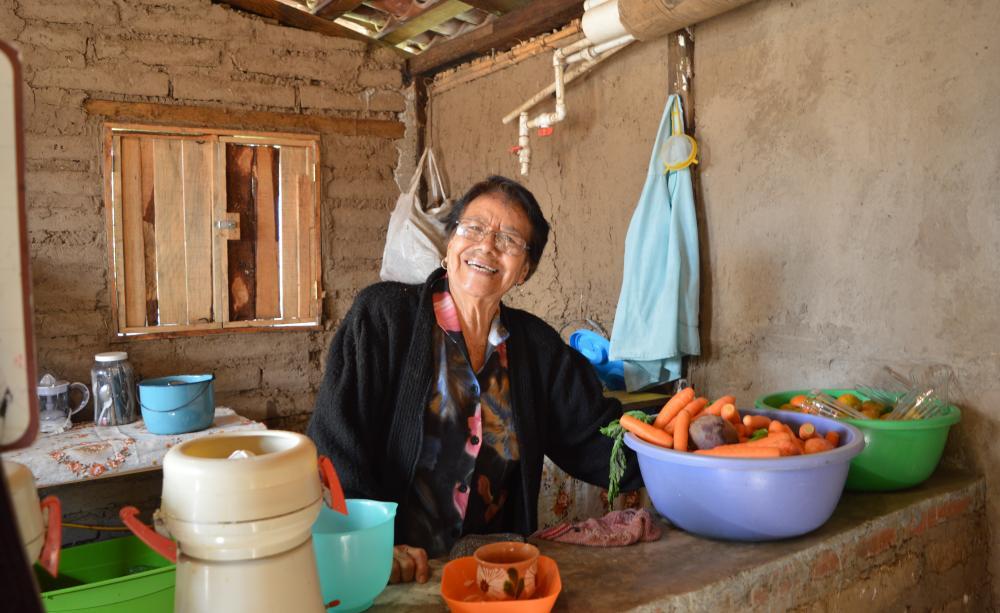 Universidad de la Tierra in Mexico is working to transform our ways of learning and our connection with the Earth. It is not often that you come across a university that centres respect and care for the Earth as its fundamental pedagogical ethos.

Universidad de la Tierra (Unitierra from here on), Oaxaca, was established in 2001 after years of communal debates and deliberations. It is a decolonising project attempting to create a space for autonomous learning, reflection and action.

Gustavo Esteva, an activist, deprofessionalised intellectual and one of its founders, said: “Our differences shape our existence; our radical pluralism is Unitierra’s idea.”

The mainstream newspapers ran on their front pages: “These barbarians are dooming their poor children to ignorance. This cannot be Indigenous autonomy and self-government. They must be stopped”.

But these communities also raised a concern: “Some young people were interested in learning more, things that no one in the community knew. Since they had no diplomas, they would not be able to continue their studies”.

The University of the Earth was formed with them and for them, from a coalition of Indigenous Peoples and non-indigenous organisations.

A Zapotec singer and intellectual, Jaime Luna, suggested that the university should have its feet in earth and should care for the Mother Earth.

Deeply embedded in a ‘learning by doing’ philosophy, the space cultivates ways of making learning as part of everyday life that centres leisure, reflective action, and autonomy.

There are no teachers, no classrooms, and no curricula. If someone insists in asking for pedagogy, Unitierra may allude to “babies’ pedagogy”.  All babies learn things as difficult as how to think, walk or speak by learning in freedom without any education. This is what Unitierra does. All its former “students” are today living dignified livelihoods from whatever they learned at Unitierra.

The varied spheres of life - healing, eating, cultivating, resisting, and creating as part of everyday learning - bring Unitierra together.

For example, people wanted to learn how to grow their own food in the cities and so Unitierra enabled a place to experiment with growing food in home gardens and terraces. Similarly, it is also part of a movement looking for autonomy in different ways of healing.

The university created a study group called ‘Healing from Health’. A number of workshops have been hosted on alternative remedies, juxtaposing contemporary medical knowledge with traditional healing practices. It has also hosted dialogues between indigenous healers and modern medicine doctors on living, caring and wellbeing.

Unitierra initiated a process called Crianza Mutua in 2018, which intends to identify groups that have broken with the dominant regime and taken a new path; to document their experience, to facilitate learning from each other, to enable mutual solidarity and to inspire others discontented with the current situation by giving visibility to what can be done.

Crianza Mutua among the Andean indigenous peoples expresses the belief of caring and mutual relation with all the beings around (plants, animals, and hills).

Gustavo said: “Unitierra does not have its own agenda, the agenda of Oaxaca’s social movements is our agenda.” For Unitierra, anti-patriarchal struggle is at the core of all work and activities. Such struggle implies to eliminate all hierarchy and challenge the patriarchal conviction of human superiority that pretends to legitimate the domination over the Mother Earth. Unitierra thus stands against all forms of oppression and injustice.

They actively challenge hierarchy by maintaining that there are no bosses in Unitierra and none of the collaborators are hired. For 20 years, Unitierra has been following consensus-based decision making in an assembly that meets twice a month.

Through this it has attempted to abandon the very idea of work, conventionally adopted by the left and glorified in socialism as a “paradise of workers”. The idea is to do what makes sense, what is meaningful and joyful for every person, and to reject all forms of forced labor.

Unitierra roots itself in the principles of sufficiency, and tries to actively eliminate the logic of scarcity which is based on the premise that human wants are unlimited but the means to satisfy them are limited. And hence, reduce the need of income if you produce part of what you need and participate in different forms of sharing and exchanging in your community.

By explicitly adopting the ‘sense of proportion’, Unitierra remained small and focussed in one location. When other people became interested in the Unitierra’s approach, they created other unitierras, with very different shapes and orientations.

I had the good fortune to visit one in a nearby village Huitzo started by local women in 2013. Consuelo Rosette, a 73-year old Zapotec grandmother who set the foundation of Unitierra Huitzo, said: “I attended the eco-techniques workshop at Unitierra Oaxaca. Inspired, I wanted to do something very similar in my village.

"I was taught that what you learn you must always teach, things that you own, you must always share. This space thrives on guelaguetza (to share or do something without expecting anything back) and we wanted to rekindle the same community living spirit”.

Rosette and I sip chocolate de agua (chocolate-water drink) in the ecologically designed kitchen. A doctor, who was inspired by Unitierra Oaxaca’s work, generously offered his land to them.

Caballero struggled with family and community to be part of it. Unitierra Huitzo now has 13 women who they say are together because they love the earth and being together.

At the Unitierra Huitzo campus, women are doing various experiments to demonstrate that it is possible to live an alternative life: organic corn, medicinal herbs, and a weekly organic market at their campus for nearby farmers to exchange and sell their products.

Rosette said: “The idea is to promote toxic-free food that is good for the body as well as mother earth”, while I enjoy a meal of organically-grown tortilla beans. Along with this, they are recycling, composting and generating their own bio-fuel to feed the soil.

They have also revived the traditional method of physical and physiological healing, called the Temazcal in Huitzo, which has also trained people from outside. The women have inspired forty families in Huitzo village to try out eco-techniques at their homes.

Adriana Caballero laughed with joy and said: “Initially some of our friends said that you must be witches to do something like this but we told them even if we are, at least we are free. But now the community is beginning to recognise our work”.

Unitierra is a beautiful idea in practice that is aimed at holistic transformation by rooting, strengthening and expanding the convivial way of life and radical democracy.

At this juncture of ecological destruction, crumbling democracy, cultural deprivation, and impending economic collapse, spaces like Unitierra and many communities that are resisting the dominant mode of economic development and governance, fuel us with hope.

Shrishtee Bajpai is an activist-researcher based in India. She works with the environment action group Kalpavriksh and has been involved in documenting, narrating, analysing, and networking on alternatives to mainstream development models and political governance. She helps in facilitating Vikalp Sangam (Alternatives Confluence) in India and the Global Tapestry of Alternatives. She wishes to thank to Gustavo Esteva, Itzel P. Farias Malagon, Matthias Gossner at Unitierra Oaxaca, and all the women at Unitierra Huitzo for their generous welcome and beautiful work.