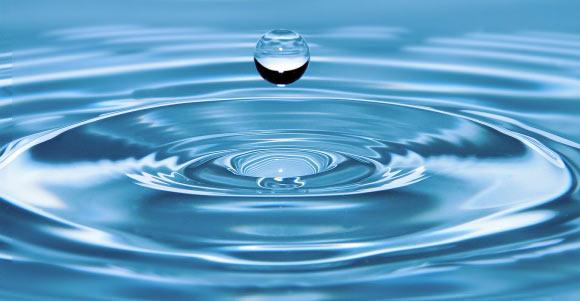 After the thick neoliberal night of the last three decades, full of corruption and the handing over of the nation's public goods, it is urgently necessary to rescue and recover the material bases of the country: soils, springs, hydrological basins, forests, jungles, biodiversity, seeds, coasts, beaches, city air, and so on. Without this regeneration of natural elements, the health of Mexicans, equally affected, will not be able to recover. Human health and the health of nature are mutually dependent. This double restoration task has already been started by the 4th Transformation government in the case of food and must continue with at least two other elements: energy and water.

In Mexico today, water is hoarded, tied up, misused, piped, bottled, inflamed, gasified, frozen, contaminated. The law that governs its appropriation, management, distribution and use dates from 1992 and was drawn up in the heat of the counter-reforms of the Salinas period, notably the agrarian counter-reform, which entail a tendency toward rigid state control and the favoring of the private sector. Today, sooner or later, this legal framework must be reviewed and updated by a government that has declared itself anti-neoliberal, that is, that has two objectives as its mandate: to regulate the voraciousness of companies (both private and public) and, at the same time, to give way and transfer power to society, empowering organized citizens, communities and groups. These are the two main missions of any true left government.

Two principles should guide this update of the legal framework. The first must ensure that the use of water is done in such a way as to affect water metabolism as little as possible. This means the coupling or adaptation of human activities, scientifically and technically supported, to the hydrological cycle. How much of the flow of water is taken and how much is returned. In other words, the limits set by nature in each basin, region or territory should not be crossed. The technical information available makes it possible to know how much water is available in each basin and in each aquifer. In addition, the water that, after human use, is returned to streams, rivers, lagoons and seas must be as clean as possible.

The second principle is that of the equitable or democratic use of water. A master lesson is one that comes to us from thousands of years of history of irrigation collectives. In these collectives, farmers worked in harmony to use the water that ran down the mountains as a result of the cyclical melting of glaciers to irrigate their plots. In long and civilized discussions, these collectives agreed on the channels to direct the water, the quantities and the destinations, in such a way that the water was conducted through constructed channels and reached each plot in an equitable manner.

The panorama of water in Mexico today is very worrying if not tragic. Very powerful groups monopolize the vital liquid: mining companies, gas companies, breweries, refreshments, dairy, agricultural and cattle ranches, poultry and pig farms, etc., to the detriment of an equitable, transparent, regulated and environmentally-rational use. The available data falls like heavy rocks: 70 percent of concessioned waters are in the hands of only 7 percent of the concessionaires and there are 11 thousand water millionaires--owners with more than one million cubic meters. The large agro-exporters (vegetable and animal food) today receive enormous quantities of subsidized water and energy. The boards of directors of the main irrigation districts operate opaquely. It is estimated that 60 percent of the rivers and lakes are heavily polluted and their residents suffering severe health problems. Regarding indigenous territories, which capture 25 percent of the country's water, 77,619 concessions have been approved without the prior consent of the communities. There is a trend towards privatization of water and sanitation systems and of the administration of hydraulic works. Across the country there are complaints about the collapse of aquifers due to their over-exploitation and the opening of illegal or fraudulent wells.

All this makes up the hydraulic legacy of 30 years of neoliberalism which the new government is obligated to overcome. The challenge is not insignificant. Today, as in other things, the water dilemma also acquires a definitive bifurcation: either water for life, fair, dignified and full, or water for business, usury and robbery, which in practical terms society perceives as a water to live dying.