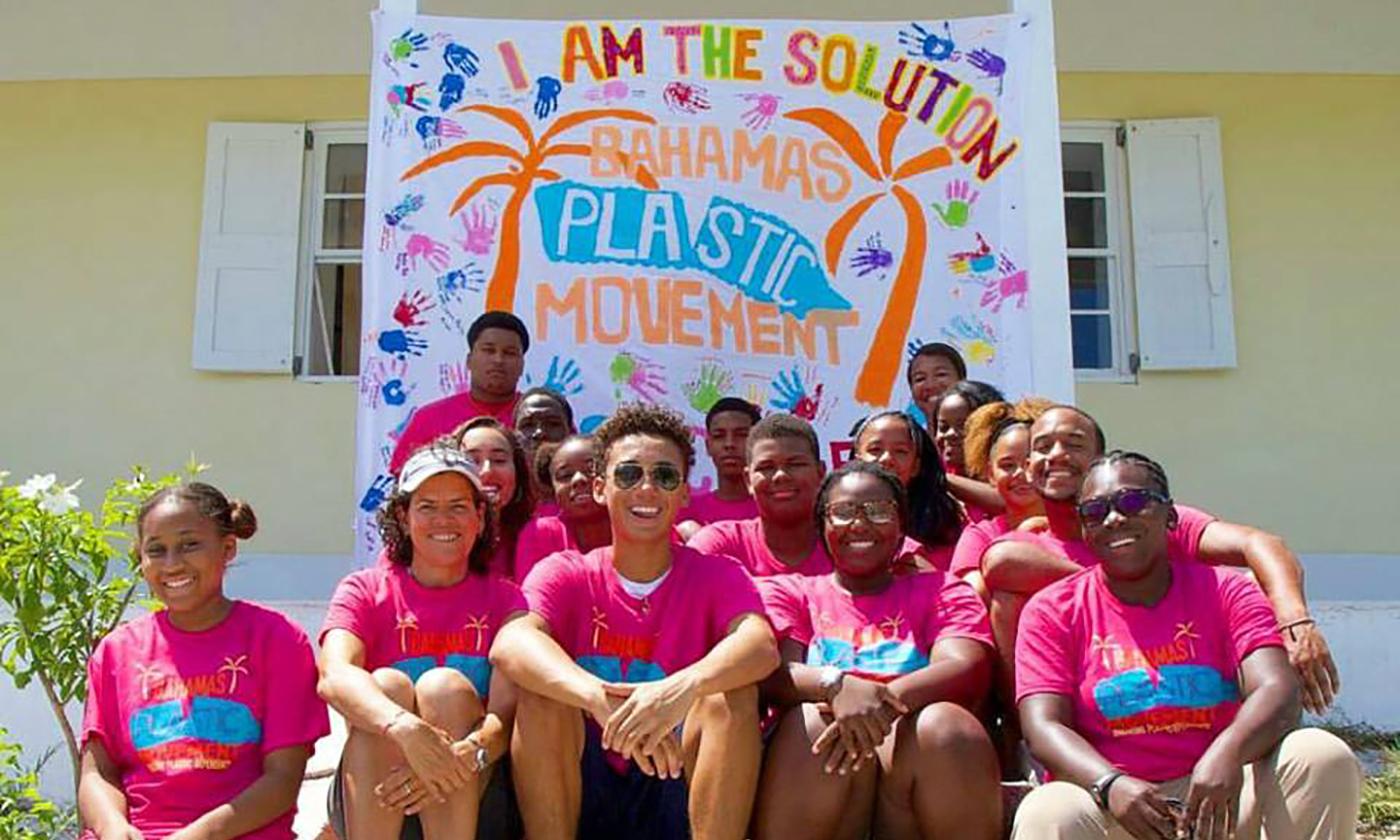 At age 22, on an expedition in the middle of the Pacific Ocean, Kristal Ambrose witnessed a horror she couldn’t unsee: a vast patch of garbage, made up mostly of plastics.

She was onboard the ship of the 5 Gyres Institute, a Los Angles-based nonprofit that studies gyres, ocean currents that trap marine debris. What she saw inspired her to take on the problem of plastic pollution back in her home country of the Bahamas.

Now 29, Ambrose is an environmental educator and founder of the Bahamas Plastic Movement, a youth-led initiative that last year convinced the Bahamian government to commit to banning all single-use plastics countrywide.

She was in Seattle recently to address the regional office of the U.S. Environmental Protection Agency about her group’s work. She sat down with Fran Korten to talk about how she took on plastic pollution in the islands.

Korten: You have mounted a successful campaign to reduce plastics in the Bahamas. What inspired you to do that?

Ambrose: In 2008, when I was 18, I was working at an aquarium in the Bahamas. We had a sea turtle that had some internal blockage. For two and a half days we had to go inside the rectum of the sea turtle. We pulled out one piece of plastic after another. My role was to hold down her front flippers. Now, sea turtles have salt glands to protect their eyes from the sand, so it looks as if they’re crying. So while I’m holding down her fins, she’s crying and I’m crying. I’m saying to myself, “I’ll never drop a piece of plastic on the ground again.”

Then in 2012 I met Dr. Marcus Eriksen, who cofounded the 5 Gyres Institute, which studies the huge circulating ocean currents that trap marine debris. He was mounting an expedition that would sail from the Marshall Islands all the way to Japan to study the Western garbage patch. I wanted to go.

So I raised money to get to the Marshall Islands and back home from Japan. I lived on the boat for 20 days with all these strangers who were trying to understand the problem of plastic. We were out there where there were no landmasses, just us, wildlife, and the garbage. We pulled this huge discarded net onto the boat. There were all these different types of plastic. As we looked through the waste I realized that everything there were things that I was using at home—plastic bags, Styrofoam, plastic cutlery, straws. I realized I was the biggest offender that I knew.

“Recycling is not the most viable option for plastic. Not all plastic can be recycled.”

Korten: How did you deal with the realization that you were part of the problem?

Ambrose: Once I got back from the trip, I started doing research. I wanted to see how plastic was moving around the island of Eleuthera in the Bahamas, where I lived. How much was out there? What size was it? Where was it coming from? In the spring of 2013, I started taking my students with me to collect data on the beach. I would jokingly say, “This is the Bahamas plastic movement.” Then in November I realized I wanted to start a nonprofit and call it the Bahamas Plastic Movement.

I started a summer camp for Bahamian youth focused on plastic pollution. The camp is really about engaging young people in environmental education and helping them understand that they have the power to make a difference. They do surveys of the plastics on the beach and go out in boats where they see how much microplastics are on the sea surface. They dissect the stomach of mahi-mahi, a popular fish that we eat in the Bahamas. They’re finding plastic in the stomachs. They’re making the connection between how their lifestyle on land impacts animals in the sea—especially animals that they like to eat.

Korten: In addition to the surveys, what actions did the students take?

Ambrose: One was the project where they went to different restaurants and got them to commit to only giving straws out upon request. And we’ve been pushing the message of refusing to use. We changed the “three R’s” to the “five R’s”—refuse, rethink, reduce, reuse, recycle. You ask anyone on the street, “What’s one thing you can do to go green?” The first thing they’ll say is recycle. But recycling is not the most viable option for plastic. Not all plastic can be recycled. And in the Bahamas we don’t have the capacity for recycling.

Korten: Tell me about your efforts to change government policy.

“That’s my role, making sure this is effective and that people are engaged and they have viable options.”

Then we put on a three-day youth activism workshop focused on how we were going to get the Ministry of Environment and Housing and the prime minister to agree to ban single-use plastic bags. We wanted something easy that would be a springboard so that the government could later add on other single-use plastic items. We had a social scientist talk to the students about how to get attitude and perception measurements of the public. We learned a lot of people were receptive but they just wanted something that was affordable and practical. With the help of a lawyer, the students created a bill for a single-use plastic bag ban.

Korten: What happened with your draft bill?

Ambrose: On Jan.3, 2018, we got a meeting with the minister of environment and housing. I had my idea of what the presentation should be like, but the students said, “That’s boring. We need to sing a song to really get his attention.” So we went in beating on the desk and singing, “We are the change, we are the solution, we can fix this plastic pollution.”

We talked about the environmental implications and the economic impacts of plastic on shorelines, especially with tourism being our number-one industry. And the minister was onboard. And then he said, “You guys just want to ban plastic bags? Why not all single-use plastic?” So we were like, “OK! We were trying to make this easy for you. But, yes, let’s do it.”

Korten: Did you ask the minister for anything else?

Ambrose: We gave him three things to do. We said by the end of March, we need you to run this proposed law in the Parliament. Second, we need the Bahamas to sign on to the United Nations Clean Seas initiative, which gets countries to commit to reducing their plastic output. And third, we want a partnership between the Bahamas Plastic Movement and the Ministry of Environment and Housing to do public education on plastic impacts around the country. On Earth Day 2018, the minister made the announcement to the whole country that the Bahamas would ban single-use plastics and join the U.N. Clean Seas initiative.

Korten: That’s a huge success. And amazingly fast. So what’s next for you?

Ambrose: My job as an activist now is to hold them accountable. They made this commitment, which is great. And they’re going to have to see it through. And that’s my role, making sure this is effective and that people are engaged and they have viable options.