Which Has More Value: Gold Or Water? 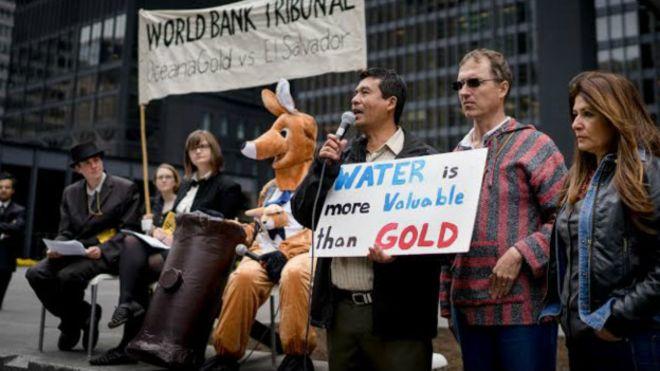 A Reflection by Michael T. Hertz

Yesterday, I went to a protest in San Miguel de Allende against a new gold mine in Dolores Hidalgo. A Canadian company wants to start yet another open pit mining operation in the Man Miguel region, creating even more contamination in the already dangerously polluted water.

I sat and listened, and it came clear to me that the real issue was one of values. If, for example, the mining company was putting the water table at risk in the hope of uncovering a cure for cancer, once might accept that risk. But in the present situation, the mining company was using millions of liters of water annually in the hopes of getting a few pounds of gold. And what true value does gold have? Aside from its monetary value, and its use in artwork and jewelry, gold really has no value except in the acquisition of money.

And what value does water have? It’s difficult to put value on it until water becomes scarce. Then it becomes incredibly valuable, because it is one of the few resources which we as humans can never do without. If San Miguel de Allende should run out of uncontaminated water, this would cause the value of the entire land in the region to become valueless, because it could not be used without trucking in millions of gallons of fresh water.

I asked one of the experts at the protest to provide a value for the millions of liters of water used annually in mining for gold. If you combined the cost of the labor in mining plus the water value, would the total exceed the value of the gold? He said it would – but, of course, the mining company did not have to bear the cost of the water. That was borne by the local society in the region of the mine. If the mining company had to bear the true cost of the water, it wouldn’t have undertaken the mining.

As I have noted above, the value of the gold is a fiction. Gold, in and of itself, has no value in our society. It provides little other than its monetary value. And as we have discovered of late, monetary value is a fiction as well.

In terms of value, which is worth more to Mexican society: San Miguel de Allende as an historical city, or the money paid by the Canadian mining company to have the mine in Dolores Hidalgo? Please remember that if something happens to San Miguel (and Dolores Hidalgo), hundreds of thousands of people will need to abandon their ancestral homes, and those homes will became abandoned wastelands. The money paid by the Canadian company does have value, but when compared with the risk it causes to the watershed, that value is not great.